I've seen Alzheimer's bring two strong men to very frail and totally dependent men. Big Daddy Henry was a cotton and cattle farmer and one of the best men I've ever known. He took care of everyone in our family. But for the last several years, he was totally dependent on others.  Thank God that I have a loving family who had the means to care for him.

My stepfather, Fred Gill, was another man who at one time was an Arkansas football player. He was very tall in stature and a man of great character.  By the end of his life, my mother had to put him in a nursing facility because he was unable to do the most simple things that most of us take for granted,. God bless mother for taking care of him for so long.

But, I think what hurts the most is seeing those with Alzheimer's who are alone. It breaks my heart to see those affected in nursing homes with no one to care for them.

My career has been in the fields of diagnosing and reporting cancer (20 years), Cancer related health care has been my most extensive background.  I've seen progress in finding the causation of some cancers and have seen successful treatments evolve.  I'm not at all saying that cancer is not an important cause. It is! However, Alzheimer's disease also deserves a tremendous amount of awareness and research.Unfortunately,  you won't hear anyone who's been diagnosed with Alzheimer's with a testimony of survivorship. We, as volunteers, need to be their voice.

These are some of the reasons that I'm passionate about helping in the fight to end Alzheimer's and in raising funding for research for this disease that robs the memories,souls, and abilities of our loved ones. Our board of directors have each been touched by this horrible disease first hand and are spending their unpaid time and efforts to raise awareness and funding for a cure, treatment and/or prevention . 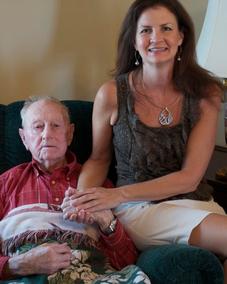 HOW WE ARE DIFFERENT

ARCS has very little overhead.  That means that as money is raised it will go more directly to research. We follow current research in the field of Alzheimer's/dementia.